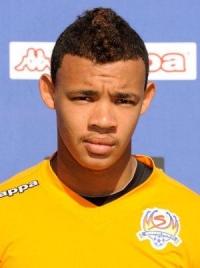 He was just 12years old when he was recruited to the Super Sport youth Academy.

He made his first match for South Africa on 5th March 2014 in a friendly Match against Brazil.

A South African footballer Ronwen Williams acts as a goalkeeper for SuperSport United. Williams was born on 21 January 1992 in Port Elizabeth.

Ronwen started his career with playing for Shatterprufe Rovers. Very soon his performance attracted the scouts from SuperSport United. After Williams had successfully passed all the preliminary tests, he joined the club’s youth squad. In 2012, the goalkeeper graduated from the academy and earned the promotion to the senior side of United. At first, he spent the majority of matches as a sub, but within some time Ronwen started to get more playing time.