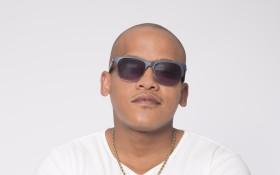 In 2012, Port Elizabeth gave rise to one of its best solo rap artists yet. Early B, the 28 year old Ghoema Award winning rapper claimed his spot in the music industry as a solo artist with music that catapulted him onto national levels and created a demand for himself both nationally and internationally. Early B became the sort after name at music festivals across the country and a household name to hip-hop fans.

With self-filmed, self-produced and self-advertised music videos reaching more than 400 000 views on Youtube and downloads reaching over 400 000 within 3 weeks, it’s clear that Early B is here to stay. The rapper from Bloemendal, Port Elizabeth is on the rise and there is no stopping him. He has dominated the KKNK Rymk lets stage for 4 consecutive years and is in high demand among corporates for different entertainment-run programmes.